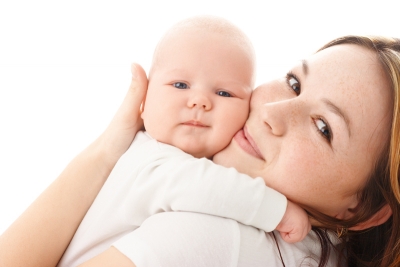 Each state has their own laws and judicial mandates regarding parental rights. This article is a discussion of Colorado family law as it applies to children or parents residing in the state and also is informative for the military families based in and around our Colorado Springs family law offices.

Over the last decade, family courts in Colorado have shifted to a new paradigm with regard to parental rights. In cases where the parents of the child are separated, divorced or never married, parents frequently argue over which one has the greater “right” over the child. Rather than seeing children as possessions to be haggled over or won or lost in a legal dispute, Colorado family courts now operate on the belief that parents have no “rights” as such when it comes to children.

Children, in the eyes of the court, are the one with the rights and parents have responsibilities toward them. Parents now have what the courts refer to as  "parental responsibilities" and to achieve this must allocate "parental time” based on the child’s physical and emotional needs. In making or approving parental plans, judges are not to consider any gender-based argument that one parent is more able than the other in serving the needs of the child, and may not take into consideration which spouse filed in the case of a divorce.

Although there is some overlap in a discussion of parental rights and custody issues, is important to note that there are two different types of custody - legal and physical custody. Legal custody refers to the parental responsibilities and determines who has the right to make important decisions for the child in terms of education, religion and health care. Physical custody refers to who the child actually stays with.

Due to parental responsibilities, parents are required to share what is called "decision making responsibility." This means that with each area that concerns the child, one or the other parent must assume the responsibility for taking decisions with respect to that field. One or both parents may be allocated decision-making responsibilities on educational matters while another is responsible for medical decisions or religious instruction and the allocations may be unrelated to who has physical custody of the child.

Courts are of the opinion that it is the best interests of the child to have continuing contact with both parents. They have also determined that communications between the parents is good for the child concerned. In fact, when determining the allocation of decision-making responsibility, courts take into account the ability of the separated parents to cooperate with each other.

Courts consider several factors when allocating parenting time. Some of the variables taken into consideration by the court are:

As you can see, the entire focus is on the child's best interests, and in cases involving negotiating parenting time, it is crucial that you do not put forward your own interests in the matter over those of the child. Courts in Colorado are extremely intolerant of cases where the parent has selfish reasons to gain parenting time.

While the goal is to have parents share decision-making responsibilities for the children, courts have another set of criteria to consider when allocating parental responsibilities.  Some of these are:

In cases where one of the parents have been convicted of spousal abuse the courts do not favor mutual decision making by the parents unless it is determined that such sharing need not involve physical contact. It is important to note that allegations without credible evidence of spousal abuse or child abuse or neglect are insufficient to deny a parent of parenting time or decision-making responsibility.

It is especially important to consult with a family law attorney in cases of alleged abuse or neglect because, as you can imagine, it is not uncommon for parents to make false accusations out of anger, which later comes back to haunt them and ultimately hurts the child. An experienced family law attorney can guide you in developing a parenting plan that is best for your child and keeps him or her safe while providing a buffer between you and your child’s other parent.

Coming to an Agreement

A parenting plan is required by statute in Colorado. The courts prefer for both parties to work together to create a parenting plan that best represents the needs of the child.  Allowing both parents a first shot at creating a plan that both are amenable to ideally results in a better outcome for the child. In case the parents are not able to cooperate in creating a parenting plan, or the court find their plan unsatisfactory, it will make one of it's own. In addition, the court may require professional mediation between the parents in either making or implementing the plan.

Lives change, families move and children’s needs change over time. If your current parenting plan is no longer working in the best interests of your child or you want or need to move to another city or state, it may be time to sit down and work out a new parenting plan from time to time. You may need to consult with a family law or divorce attorney to make sure that the changes you’ve made are in the best interests of the child and acceptable to the court, especially in the case where parents are not in agreement.

Call us at (719) 577-9292 or complete this form to request a complimentary consultation with a Family Law attorney. 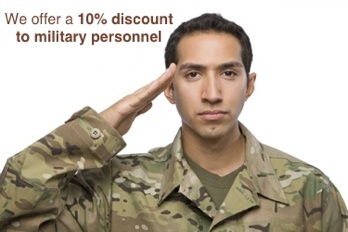